Neoclassical Ballet refers to the 20th-century style of classical ballet that was exemplified by the works of George Balanchine.  In the early 1900’s, beginning with the Ballets Russes, choreographers and dancers began to distance themselves and rebel against the overly dramatized styles of the Romantic Period (heavy costuming, elaborate sets, detailed narratives, etc.).  During this time, dance returned a more simplistic style (like the Classical Period) and became bolder and free of distractions.  This trend in the arts became known as neoclassicism, meaning the revival or adaptation of a classical style.

George Balanchine is considered to represent the neoclassical style and is well-known for his modern-yet-classical, clean aesthetic.  Balanchine built upon the traditional classical ballet vocabulary by extending lines and positions, playing with speed and freedom of movement, and incorporating new positions outside of the ballet vocabulary.  He favored minimalist costuming (oftentimes simply leotards and tights) and tried to showcase the dancers’ movement as the main artistic medium, which is the hallmark of neoclassical ballet.  Neoclassical ballets are often described as sophisticated, sleek, modern, and clean because of the stripped down focus on dance itself (as opposed to the marriage of sets, librettos, costumes, makeup, and dance). 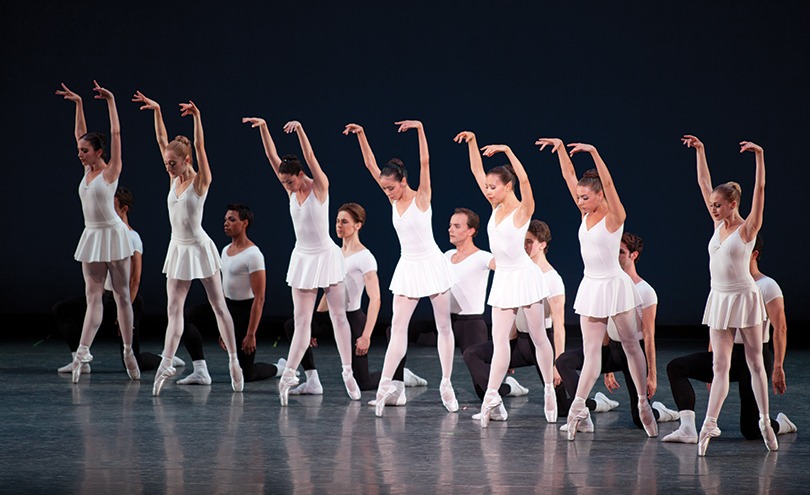