with the Phoenix Symphony at Symphony Hall

Ib Andersen’s The Nutcracker is rated among the Top 3 in the country by The New York Times, making it the quintessential holiday tradition to create lasting memories for your family. Don’t miss this holiday spectacular as the stage comes alive with 30 world-class professional ballet dancers, 150 children performing as angels, dancers, and soldiers – alongside larger-than-life dancing mice.

Casting has been announced! Click Here to see when your favorite dancers are performing.

Make The Nutcracker an experience that your family will never forget by choosing one of the following options:

Upgrade your experience with these VIP perks for your group of four to make your night one of a kind for your family.

*Recieve a Golden Ticket at an additional cost

♦ Pair of Ballerina Point Shoes signed by one of the dancers

♦ 10% off at The Nutcracker boutique in the lobby

At no charge, on select dates, enjoy these extras to make your experience even more spectacular!

♦ Storybook reading of The Nutcracker 45 minutes before the performance

How?: Just arrive 1 hour prior to the performance on the specified dates

How?: When purchasing your tickets online,

after choosing your four seats,

you will unlock the package to add to your cart.

Tickets go on sale to the general public on August 6!

Planning a Group Event with 10 or more people? 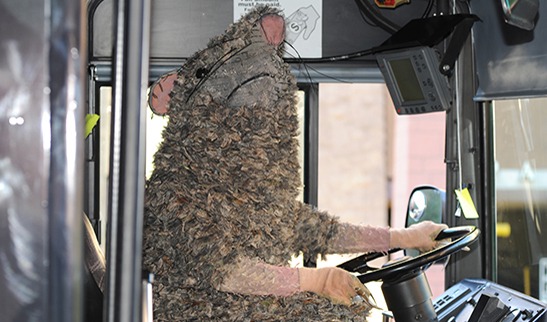 Please arrive early. There is no late seating; patrons who arrive late will not be able to take their assigned seats until the first intermission. Based on seating availability you might be able to sit in the balcony or the rear of the auditorium at the house managers discretion.

Will Call and the Ticketing Office at each performance venue opens one hour before each show. For more information please contact our Box Office at 602.381.1096. The Ballet Arizona Box Office is open Monday to Friday from 9 a.m. to 5:00 p.m.

Parking options for Symphony Hall include:

Event parking typically costs $8 to $15.
Parking spaces, prices, and locations are not guaranteed.


Act I
Herr Stahlbaum and his wife are giving a Christmas Party. Clara and Fritz, their children, greet the guests. The parents give toys to all the children. Suddenly, the mysterious Dr. Drosselmeyer arrives and entertains the children with his magical tricks and wind-up dolls.

The party ends, the guests leave, and the Stahlbaums retire for the night. Clara awakens as a mouse runs through her room. The clock strikes midnight. Suddenly, the room fills with giant mice who attack Clara. Life-size toy soldiers, led by her valiant Nutcracker, come to her rescue. The Mouse King attacks the Nutcracker, but Clara hits him with her shoe and the Nutcracker wins the battle. After the battle, the Nutcracker is transformed into a handsome prince.

The Prince rewards Clara for her bravery by presenting her with a crown and introduces her to the Snow Queen and King who send them on their journey to the Land of the Sugar Plum Fairy in an enchanted sleigh.

Act II
The Sugar Plum Fairy welcomes Clara and the Prince to her kingdom. After the Prince tells of his battle with the Mouse King and how Clara bravely helped him to victory, the Sugar Plum Fairy invites them to a special celebration in their honor. They are entertained by delightful dances including Spanish Chocolate, Arabian Coffee, Chinese Tea and Russian Trepak, in addition to a shimmering performance by the Dew Drop Fairy and her Waltzing Flowers. The celebration ends with the Sugar Plum Fairy and her Cavalier dancing for the honored guests. Clara wakes from her magical dream to find herself safely at home with her Nutcracker in her arms.