Casting announced! Click here to find out when your favorite dancer is performing! 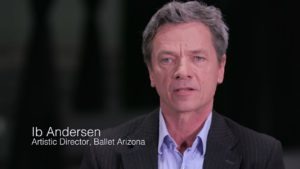 Spring begins with a program of varied works that feature choreographers from across the world.

Second to Last (excerpt) and Pacopepepluto, choreography by Alejandro Cerrudo – Resident Choreographer at Hubbard Street Dance Chicago, Alejandro Cerrudo has become wildly popular for his contemporary ballet works. Second to Last was created for Ballet Arizona in 2013 and received rave reviews, while Pacopepluto will be a new Cerrudo piece for the company.

Get an inside look at the production being performed at our special pre- and post-performance chats!

A post-performance chat will be held 15 minutes after the following performance.
Saturday, March 26, 2 p.m.

“When Ballet Arizona performs the work of contemporary choreographers, we broaden the perspective of both the dancers and the audience.”