Ballet Arizona’s Book Club is Back!

Free and open to the public, we invite you to join us as we build community around and appreciation for the incredible art form of dance. We are meeting once each quarter to discuss the selections below. Book Club meetings will be via Zoom with access information being sent out closer to the meeting date. These virtual gatherings will be facilitated by Claire Schmaltz, Community Engagement Manager.

One of the most important ballet choreographers of all time, Marius Petipa (1818 – 1910) created works that are now mainstays of the ballet repertoire. Every day, in cities around the world, performances of Swan Lake and The Sleeping Beauty draw large audiences to theatres and inspire new generations of dancers, as does The Nutcracker during the winter holidays. These are his best-known works, but others – Don Quixote, La Bayadère – have also become popular, even canonical components of the classical repertoire, and together they have shaped the defining style of twentieth-century ballet. The first biography in English of this monumental figure of ballet history, Marius Petipa: The Emperor’s Ballet Master covers the choreographer’s life and work in full within the context of remarkable historical and political surroundings.

Over the course of ten well-researched chapters, Nadine Meisner explores Marius Petipa’s life and legacy: the artist’s arrival in Russia from his native France, the socio-political tensions and revolution he experienced, his popularity on the Russian imperial stage, his collaborations with other choreographers and composers (most famously Tchaikovsky), and the conditions under which he worked, in close proximity to the imperial court. Meisner presents a thrilling and exhaustive narrative not only of Petipa’s life but of the cultural development of ballet across the 19th and early 20th centuries. The book also extends beyond Petipa’s narrative with insightful analyses of the evolution of ballet technique, theatre genres, and the rise of male dancers.

Richly illustrated with archival photographs, this book unearths original material from Petipa’s 63 years in Russia, much of it never published in English before. As Meisner demonstrates, the choreographer laid the foundations for Soviet ballet and for Diaghilev’s Ballets Russes, the expatriate company which exercised such an enormous influence on ballet in the West, including the Royal Ballet and Balanchine’s New York City Ballet. After Petipa, Western ballet would never be the same.

Book Club Meeting #2 – Dance Theatre of Harlem: A History, A Movement, A Celebration by Judy Tyrus

This definitive history is a celebration of the first African-American ballet company, from its 1960s origins in a Harlem basement, to the performances, community engagement, and education message of empowerment through the arts for all which the Company continues to carry forward today. Illustrated with hundreds of never before seen photos from the founding during the Civil Rights Movement by Arthur Mitchell and Karel Shook through to today, this visual history tells the story that fueled Dance Theatre of Harlem’s growth into one of the most influential and revolutionary American ballet companies of the last five decades.

With exclusive backstage stories from its legendary dancers and staff, and unprecedented access to its archives, Dance Theatre of Harlem is a striking chronicle of the company’s amazing history, its fascinating daily workings, and the visionaries who made its legacy. Here you’ll discover how the company’s founders—African-American maestro Arthur Mitchell of George Balanchine’s New York City Ballet, and Nordic-American Karel Shook of The Dutch National Ballet–created timeless works that challenged Eurocentric mainstream ballet head-on—and used new techniques to examine ongoing issues of power, beauty, myth, and the ever-changing definition of art itself.

Gaining prominence in the 1970s and 80s with a succession of triumphs—including its spectacular season at the Metropolitan Opera House—the company also gained fans and supporters that included Nelson Mandela, Stevie Wonder, Cicely Tyson, Misty Copeland, Jessye Norman, and six American presidents. Dance Theatre of Harlem details this momentous era as well as the company’s difficult years, its impressive recovery as it partnered with new media’s most brilliant creators—and, in the wake of its 50th anniversary, amid a global pandemic, its evolution into a worldwide virtual performance space.

Alive with stunning photographs, including many from the legendary Marbeth, this incomparable book is a must-have for any lover of dance, art, culture, or history.

Book Club Meeting #3 – Dancing Past the Light: The Life of Tanaquil Le Clercq by Orel Protopopescu

Dancing Past the Light cinematically illuminates the glamorous and moving life story of Tanaquil “Tanny” Le Clercq (1929‒2000), one of the most celebrated ballerinas of the twentieth century, describing her brilliant stage career, her struggle with polio, and her important work as a dance teacher, coach, photographer, and writer.

Born in Paris, Le Clercq became a principal dancer with the New York City Ballet at age 19 and a role model for aspiring dancers everywhere. Orel Protopopescu recounts Le Clercq’s intense marriage to the company’s renowned choreographer George Balanchine, for whom Le Clercq was a muse, the prototype of the exquisite, long-limbed “Balanchine ballerina.” Enhanced with a wealth of previously unpublished photos, personal letters, and sketches by Balanchine, this book offers an intimate portrait of Le Clercq’s dancing life and her relationship to the man who was both her mentor and husband. It delves into her friendships with other dancers as well, including a longtime rival for her affections, choreographer Jerome Robbins.

Le Clercq contracted polio while on tour in Europe at age 27 and would never dance again. This book offers a rare account of how Le Clercq grappled with a fate considered unimaginable for a ballerina and began to share her love of dance as a writer and dance teacher. It also highlights Le Clercq’s role in the struggles for racial equality and disability rights. Her art was her vehicle: she and Arthur Mitchell made history as the couple in New York City Ballet’s first interracial pas de deux at City Center in 1955 and later she taught from a wheelchair at his Dance Theatre of Harlem.

With insights from interviews with her friends, students, and colleagues, Dancing Past the Light depicts the joys and the dark moments of Le Clercq’s dramatic life, celebrating her mighty legacy.

This candid memoir opens a fascinating window on the emotive journey of a ballet mum, the mother of Yasmine Naghdi, Principal ballerina of The Royal Ballet. She presents a unique perspective on the many trials and tribulations she has lived through: from her initial hesitations to all her concerns once Yasmine commenced her classical ballet training at The Royal Ballet School, and up until she joined The Royal Ballet as a young professional dancer.

“Tears of a Ballet Mum” offers a fascinating insight into what it takes to support a talented child through the physical and mental demands of ballet training, how to aid in building mental strength, and how to take ownership of the training whilst ensuring overall mental well-being. With over 70 private, backstage and performance color photos.

Content warning: Selections on our reading list may contain content that deals with distressing themes and/or situations, which may not be suitable for children under 18. Parental discretion is advised. 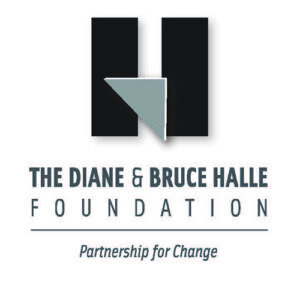