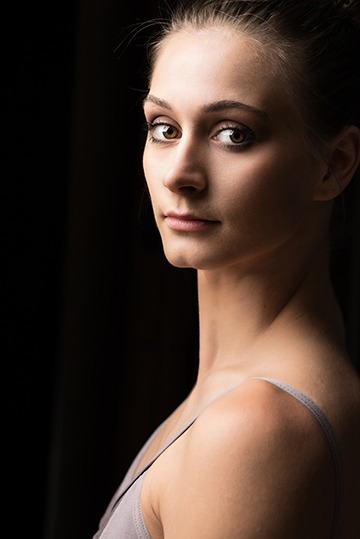 
Video – Get to know Amber

Amber began her ballet training in her hometown of Brisbane before moving to Sydney to train as a full time student with Ecole Studios. Moving to the USA in 2008, she joined The Washington School of Ballet under the direction of Kee Juan Han and Carlos Valcárcel. While with the school Ms. Lewis was a finalist of YAGP in 2008 and was awarded a bronze medal at the World Ballet Competition.

Ms. Lewis then joined Washington Ballet in 2010.  With the company she had the opportunity to perform in works by Christopher Bruce, Anne Marie Holmes,Twyla Tharp, Edward Liang and Anabelle Ochoa. In 2011 Ms. Lewis performed the roles of Sugar Plum and Dew Drop Fairy in Septime Webre’s The Nutcracker.

Since joining Ballet Arizona in 2012 Ms. Lewis has danced the coveted role of Juliet in Ib Andersen’s Romeo & Juliet and the role of Gamzatti in his production of La Bayadere. She has also danced featured roles in many of the ballets in the company’s repertoire including works by George Balanchine. Ms. Lewis was mentioned in AZ Lifestyle Magazine which quoted, she “stole the show” as the Elephant in Alexei Ratmansky’s Carnival of the Animals.