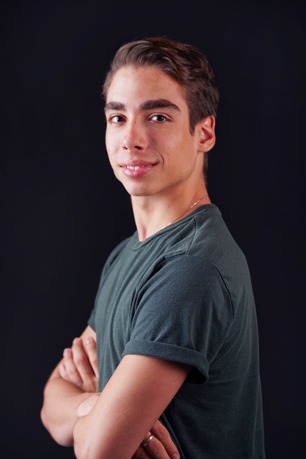 
Video – Get to know Erick

Erick was Born in Guadalajara, Mexico, where he started his training in the performing arts at the age of 3. At 7 years old he moved to San Diego, California, and continued his love for the arts through drama, voice, and dance lessons. Through his musical theatre training he found ballet and started training with Sylvia Boaz. At age 15 he started his Russian training with Maxim Tchernychev and soon left to study at Ellison Ballet in New York City where he trained closely under the wing of Edward Ellison. While living in New York he performed in galas including YAGP’s ‘Stars of Today Meet the Stars of Tomorrow’ gala and The Bolshoi Ballet Academy’s Spring Gala. At the age of 17 he was invited to join the Graduating class at The Bolshoi Ballet Academy in Moscow, Russia, which he attended for a Semester.

Erick graduated from Ellison Ballet’s – Professional Training Program in May 2015. From there he went on to dance with Tulsa Ballet’s second company. His journey led him to Phoenix, Arizona, where he currently dances with the Ballet Arizona under direction of Ib Andersen. He has performed Ballet’s by John Kranko, George Balanchine, Sir Frederick Ashton, Edwaard Liang, Marcello Angelini, Ma Cong, Ib Andersen, Edward Ellison, Justin Peck, and Nayon Iovino among others. This is Erick’s fourth season with Ballet Arizona.