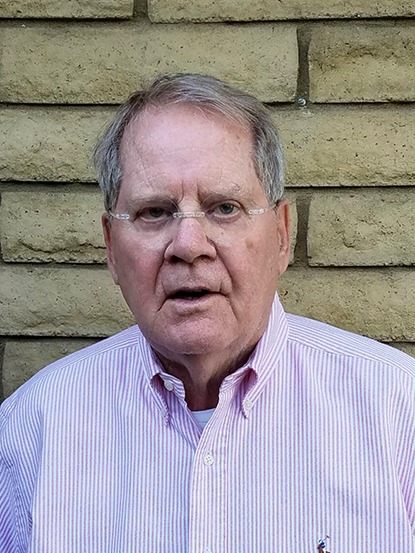 
Jerry and his wife Linda, have been longtime supporters of Ballet Arizona, not just financially but through service as well. Jerry joined the board in 2001, serving in several leadership roles including Chair of the Development and Governance Committees, as well as Vice Chair. He retired from the board in 2008 and was named an emeritus member in recognition of his exemplary service to Ballet Arizona.

Ballet Arizona would truly not be the company it is today without Jerry’s leadership and support. We thank and remember Jerry with love and admiration.

“Jerry was an engineer, not a dancer, but when he heard that Phoenix was about to lose its professional ballet company he could not let that happen. He and Linda drove down to the
company offices with a large check. It saved the company. He gave the same amount the next year after year after year and was dedicated to Ballet Arizona for decades until the end of his life. Jerry was a true hero in the history of Ballet Arizona. You and I would not be seeing these dancers today, if not for Jerry Harden.”
– Carol Schilling, Board Chair Emerita

“In the annals of Ballet Arizona supporters who made a real difference to the life of the organization, Jerry and Linda Harden deserve a chapter all their own. Jerry and Linda are among those rare individuals who run towards, instead of away from, a crisis. At the time Jerry joined the Ballet board over 20 years ago, the Ballet was in perilous financial circumstances. But that Board, with Jerry as one of its leaders, simply refused – through sheer force of will – to let the company fail. They made the decisions that brought in Ib Andersen, that made a commitment to first-quality productions above all else, that created the environment for a successful Ballet School, and that has made Ballet Arizona one of the true and enduring cultural gems of our vibrant Phoenix community.”
– David Thompson, Former Board Chair

“During the Ballet’s 2000 financial crisis a mysterious man called, who wouldn’t give his name, and said he would donate the $60,000, needed for phase 1 of our fundraising goal. I eventually learned the mysterious angel’s name was Jerry Harden. Jerry had never been to a ballet but he believed that ‘Arizona deserved a professional ballet company.’”
– Gwen Hillis, Board Chair Emerita