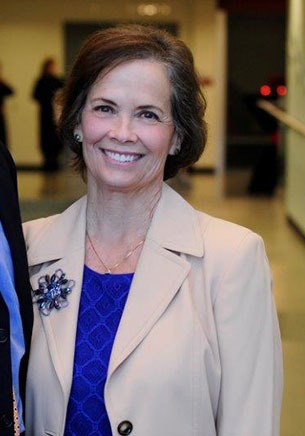 
Joan grew up in St.Louis, Missouri. She attended Northwestern University where she met her husband, Charlie. They have been married 47 years, have two sons, Kevin and Ryan (Donna) and four grandchildren who all live in Scottsdale.

Joan started her teaching career in Skokie, Illinois while Charlie attended law school at Northwestern. They moved to Phoenix in 1973. Since then she has taught or volunteered in school programs from primary grades through high school. Additionally, she taught English as a Second Language to adults at Friendly House for 13 years.

She served on the performing arts board of Scottsdale Center for the Performing Arts and was a founder and director of Phoenix Ballet Company. When PBC merged with two other companies to form BAZ, she served on that initial board. Charlie and Joan have continually supported BAZ since its inception and she returned to the board in 2014.

Joan took ballet for many years, studied with Kelly Brown in Arizona, and attended adult classes at the School of Ballet Arizona at the previous studio. Taking dance classes, belonging to a few clubs, gardening, enriching her family’s lives through the arts, and traveling with them all when time permits fills her calendar.