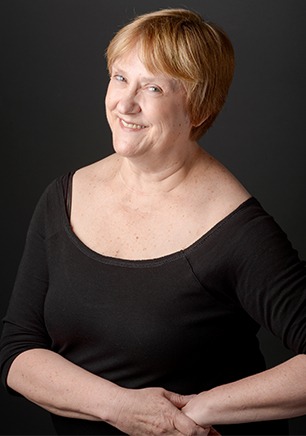 
In 1964, Ms. Murray-Price began her formal ballet training with Duncan Noble at the Pittsburgh Playhouse School for the Performing Arts. With a family move to Northern Virginia she continued her studies at the Fairfax/Russell School of Ballet and was a member of The Fairfax Ballet Company under the instruction of school directors Thomas & Ilona Russell of National Ballet and under Frederic Franklin’s Artistic Direction. Kay attended Point Park College and was awarded a BA degree in Dance in 1978. During this time she was privileged to continue her classical training under Edward Caton, Jayne Hillyer, Kenneth Johnson, Leonide Massine, and Nicholas Petrov and her jazz training under Douglas Bentz and Ron Tassone. Kay was a member of the Point Park Dance Company (1974-1976) and the American Dance Ensemble (1976-1980). During her time as a performer with the American Dance Ensemble she also served as Company Manager and Ballet Mistress for the Classical Corps. Kay has appeared in Pittsburgh Ballet Theatre productions and with the Pittsburgh Opera. In the 1980’s Kay resided in NYC and continued her classical training under Willie Berman, Melissa Hayden and David Howard.

Her teaching experience began during her Senior year at Point Park College where she served as a student teacher and as a regular substitute for college level dance classes. Upon graduation, Kay was invited to join the Performing Arts Dance Faculty and taught college level classes in ballet technique, pointe, rehearsal & performance, and jazz as well as Community classes in children’s ballet and teen and adult jazz. In the 1990’s, she moved to the Phoenix area and became a startup partner in an Ahwatukee-area dance studio. She began a formal ballet program there and continued to teach ballet, jazz, and tap.

In May of 2008, Ms. Murray-Price received a professional certification in pastoral studies from the Loyola University of New Orleans.

She worked as Youth Minister and Director of Religious Education for the Diocese of Phoenix for a number of years. While working in the Diocese, she mounted productions of Joseph and the Amazing Technicolor Dreamcoat, Jesus Christ Superstar, and Not That Far from Bethlehem. In addition, she formed a liturgical dance troupe that performed from 2002-2010.