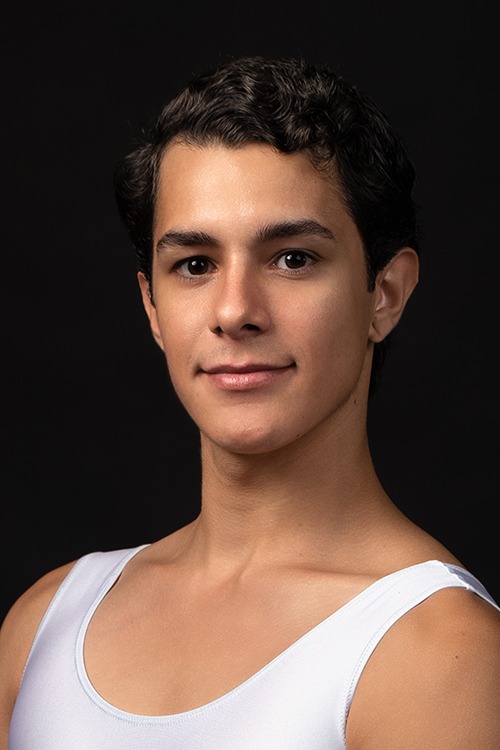 Video – Get to Know Luis

Originally from a small town in Montevideo, Uruguay, he started studying ballet at the National School of Dance (Sodre) in Montevideo at the age of 15, where he trained for a year and a half.

During his time there, he participated in Coppelia, Don Quixote, and The Nutcracker with Ballet Nacional Sodre. In 2017, during his second year studying ballet, he won a full scholarship for the summer intensive at Miami City Ballet School. He then trained there for four and a half years, performing in the Company’s productions of A Midsummer Night’s Dream and The Firebird.

In 2021, Luis joined the Ballet Arizona Studio Company, performing in George Balanchine’s Slaughter in Tenth Avenue, Serenade, Bourree Fantasque, and Ib Andersen’s Round: Reimagined For A New Stage. He also performed in The School of Ballet Arizona’s production of The Sleeping Beauty, performing as the Bluebird. He joined the Company as an apprentice in 2022.