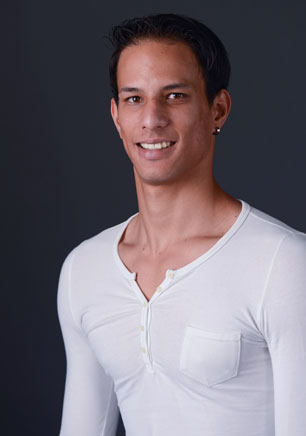 
Video – Get to know Randy

Randy Pacheco  was born in Camaguey, Cuba. He first began his ballet training at the age of nine at the Vocational School of Art of Camaguey Luis Casas Romero. He continued his ballet training at Vincentia de la Torre School. After graduation, Randy joined the Ballet of Camaguey as Corps de Ballet. His work as a performer over the next four years ultimately culminated in him being promoted to Soloist in 2012. In 2013 Randy was invited for Darius Blajer to join Ballet of Jalisco  in Mexico as Soloist. He joined Ballet Arizona in 2015.