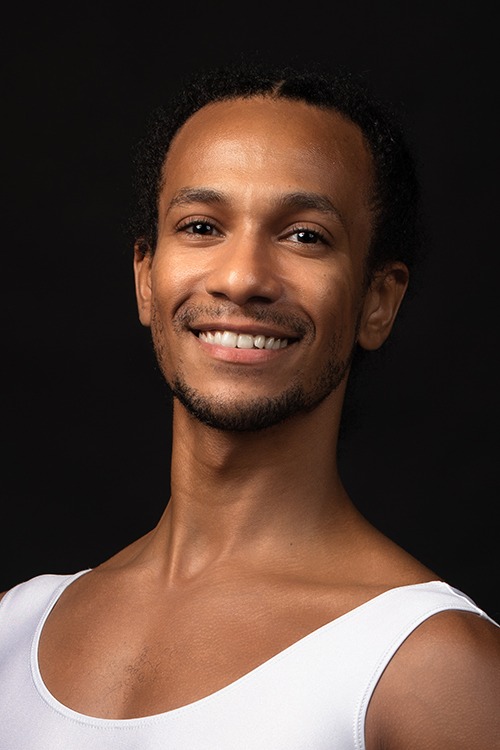 
Video – Get to know Ricardo

Ricardo Santos began dancing at the age of seven with the project Luar of Hope in Brazil. In 2004, he trained with Jorge Teixeira at the Conservatorio Brasileiro de Danca. In 2007, Santos performed in The Nutcracker with the Theatre Municipal of Rio de Janeiro. He then joined the Cia Brasileira de Ballet in Rio de Janeiro where he danced many principal and soloist roles in ballets including Raymonda, La Bayadère, The Nutcracker, La Sylphide, La Fille mal gardée, and Don Quixote, along with many contemporary pieces.

Past performances include In the Middle, Somewhat Elevated Vertiginous Thrill of Exactitude by William Forsythe, Infra and Chroma by Wayne McGregor, and ballets choreographed by Edwaard Liang, Yuri Possikhov, and Stanton Welch. Santos has performed principal roles in Wayne McGregor’s Chroma; Val Caniparoli’s Lady of the Camellias (Gaston); Mikko Nissinen’s Swan Lake (Neapolitan) and many roles in his The Nutcracker; and Jerome Robbins’ The Concert (Shy Boy). He is certified in the UltraBarre technique.