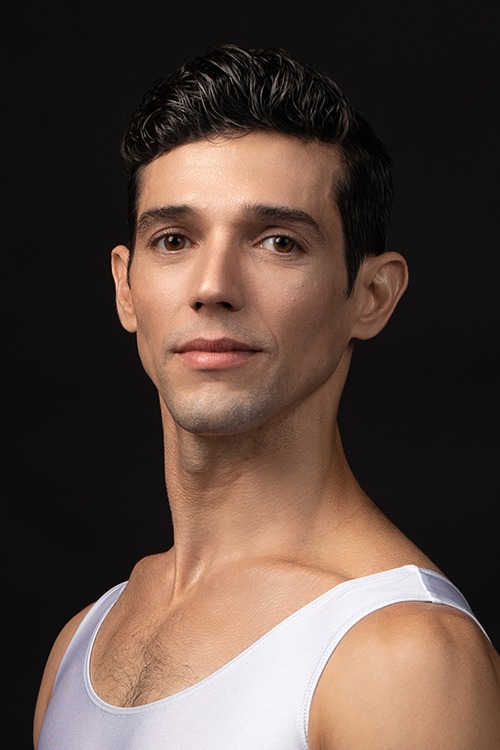 
Video – Get to know Serafin

From Villa Clara, Cuba, Serafin was born in a small fishing village and grew up in a family of musicians and fisherman, but decided to follow his sister’s steps and pursue a ballet career where he began his ballet training at the age of eight. Two years later, he continued his studies at the Vocational School of Art of Villa Clara Olga Alonso and by the time he was fifteen years old, Serafin had earned a prestigious scholarship to join the Cuban National Ballet School where he was mentored by Fernando Alonso (founder of the Cuban ballet technique) and teachers Ramona de Saa, Mirta Hermida and Martha Iris Fernandez who helped to developed the technique he now owns.

Serafin participated in the International Ballet Competition of Havana in 2006 and won gold in 2007 and 2008 and graduated with honors in 2008. After graduation, Serafin joined the National Ballet of Cuba under the direction of Alicia Alonso, and his work as a performer over the next five years ultimately culminated in him being promoted to Principal Dancer in 2013. He toured the world with National Ballet of Cuba and participated in the International Ballet Festival of Havana in 2008, 2010, 2012 and 2014 and worked with renowned choreographers such as Annabelle
Lopez Ochoa, Peter Quanz, Jimmy Gamonet, Azari Plisetsky, Ivan Perez and Vicente Nebrada. In 2015, Serafin joined Ballet of Monterrey in Mexico as a Principal Dancer under the direction of Jorge Amarante and then Jose Manuel Carreño where he danced classical and contemporary programs including Sechs Tanze (Jiri Kylian) and The Phantom of the Opera (Alberto Mendez). He was invited to perform Grand Pas Classique in the Monterrey International Ballet Gala in 2015, and Satanella Pas de Deux in 2016. He also performed in the most recent virtual edition of the gala in 2020, dancing Mask-up Mambo.

In 2018, Serafin moved to the Phoenix Metro area and joined Ballet Arizona under the direction of Ib Andersen, where he has been leading an active dancing/teaching career. In January 2020, he choreographed and performed the duet Asunder No More as part of the Downtown Chamber Series Concert.